In 2010, the U.S. Environmental Protection Agency (EPA) began a phase-out of the use of R-22 refrigerant (also known as Freon) in residential and commercial HVAC applications, as studies demonstrated its use was harmful to the earth’s ozone layer. That phase-out winds down in 2019—as of 2020, Freon will no longer be made or imported in the United States.

This means that if you’re the owner of a commercial building that has an older commercial HVAC system in Eugene, OR, time is running out for you to decide what you’ll do regarding your current systems that run primarily based on Freon. You’re going to need to either get new equipment altogether, or convert your equipment to an alternative refrigerant.

Considering how quickly the sand is falling out of the hourglass, it’s important to be proactive. Questions to consider include:

There are many different alternatives to R-22 already available, but the standard moving forward is expected to be R-410A, also known as Puron. This substance is a hydrofluorocarbon that does not damage the ozone, and actually provides greater efficiency than Freon. This is the refrigerant manufacturers have been most commonly using since the EPA reports came out in 2010.

Puron is more efficient than Freon because it absorbs and releases heat better, which means the compressor runs cooler and prevents overheating. It also uses synthetic oil for lubrication, which is much more soluble than the types of mineral oil used in Freon applications. These are the primary reasons why manufacturers have embraced it as the new standard in the world of refrigerants. As such, you’ll likely have much better success converting a Freon-based system to a Puron-based system, just due to how prevalent it is becoming in the industry.

For more information about the R-22/Freon phase-out and what you can do to prepare your facility over the next year or two, contact the team at American Refrigeration Inc. to discuss your commercial HVAC in Eugene, OR. 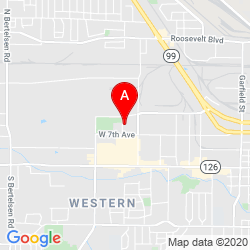